The U.S.–Mexican War, also known as the Mexican-American War and the Mexican War, took place from 1846 to 1848, and was mainly about control of Texas. Mexico claimed this territory despite Texas having declared itself a republic years earlier, while the U.S. wished to annex Texas and make it the 28th state. The war was fought with no allies and was the first offensive war for the United States.
This chronology focuses on the military actions of the war as well as the many Indian incursions before the war. The various campaigns, sieges and skirmishes in both the United States and Mexico, on both land and sea, are covered. Some of the heroes of this war also served in the War of 1812 and many rose to high military office during the Civil War. The contributions of the individuals who later became generals during the Civil War are also highlighted here.

“a historical and fascinating collection…attention to detail is drawn from [Hanning’s] many sources and compiled into one elaborate description of battles…a must-read for any historian or teacher”—Infantry; “one more in a lengthy list of superb reference works by Marine veteran Bud Hannings. Hannings exhibits a clear talent for making history come to life, and this book may be his best in that light. It makes you want to sit down in a quiet area and read as you would a work by your favorite novelist. Hannings’ chronology doesn’t just list the dates and facts, but adds interesting information about the background of the actions that occurred on the dates listed. It’s great reading…fascinating detail”—Leatherneck Magazine; “well documented…abundantly illustrated…value as an unusually comprehensive register of land and sea engagements”—Civil War Books and Authors; “a superb research tool…recommend[ed]…. The information presented here is clear and well written”—Reference Reviews. 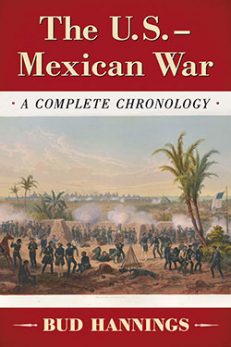