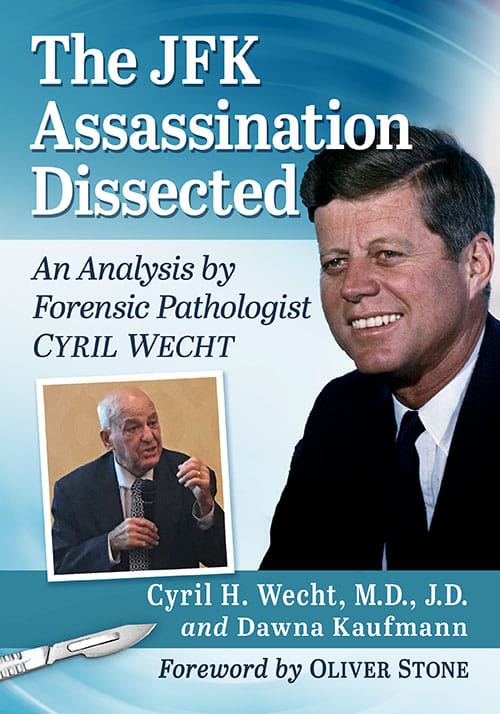 New on our bookshelf:

Since President John F. Kennedy’s 1963 murder in Dallas, medical examiner and lawyer Dr. Cyril Wecht was initially inclined to accept the official theory that one person alone was responsible for the crime. But as Wecht delved into the evidence with boundless curiosity and unprecedented access, he came to understand that America had, instead, suffered a coup d’etat at the hands of rogue elements within our own government.

Nobody else has Wecht’s up-close and personal experience in uncovering the facts behind this assassination—and now he is sharing it with the world. Co-authored by investigative journalist Dawna Kaufmann, this comprehensive book reveals Wecht’s analyses of the case’s forensic and medical evidence. With his keen eye and sharp tongue, Wecht wields his scalpel on JFK’s dubious autopsy report, the inept Warren Commission Report, the mishandling of crucial materials, all of the key players, and the media malpractice that has allowed the truth to remain hidden for nearly six decades.