Women and Capital Punishment in the United States

The history of the execution of women in the United States has largely been ignored and scholars have given scant attention to gender issues in capital punishment. This historical analysis examines the social, political and economic contexts in which the justice system has put women to death, revealing a pattern of patriarchal domination and female subordination. The book includes a discussion of condemned women granted executive clemency and judicial commutations, an inquiry into women falsely convicted in potentially capital cases and a profile of the current female death row population.

“this comprehensive and compelling text covers all aspects of women and capital punishment…a well-written and fascinating book. What is remarkable is the amount of research and time that went into collecting the enormous amount of information…essential”—Choice. 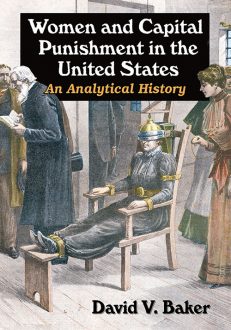 You're viewing: Women and Capital Punishment in the United States $49.95
Add to cart