A Comprehensive Record of an American Chess Career, 1929–1951

American Grandmaster Reuben Fine grew up in the East Bronx in an impoverished Russian-Jewish family, learning to play chess from an uncle at the age of eight. During his high school years, his stake winnings and coins earned from playing at a Coney Island concession helped support his family. After graduating from college, he decided to become a professional player. Though his active international career was brief, his accomplishment and talent are unmistakably significant. This comprehensive collection of 659 of Reuben Fine’s tournament and match games is presented chronologically, in context, and with annotations from contemporary sources. More than 180 other games and game fragments (rapid transit, correspondence, exhibition, blitz, and others) are also included. The work also includes a biography of Fine, and notes aspects of his career that merit further study: his contribution to endgame and middlegame theory, his methods and style of play, and his exhibition play. Fine’s career results, brief biographical data about his opponents, a comprehensive bibliography that includes his contributions to journals, and indexes of players and of openings complete the work. 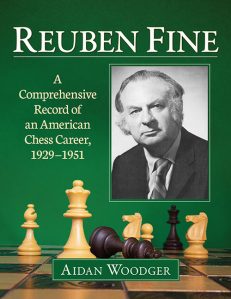