Israel has fought many wars since its founding in 1948, from conventional military conflicts with Arab forces to irregular clashes with guerrilla and terror groups. A study of these confrontations reveals strategic and military patterns. Written by a former member of the Israel Defense Forces, this book compares the wars fought in Lebanon against the Palestine Liberation Organization (1982) and against Hezbollah (2006), and in the Gaza Strip (1956, 1967, 2008–2009 and 2014). The author draws similarities between Israel and Western nations—mainly the United States and Britain—in their waging of conventional and irregular warfare, and offers a comparison of the Vietnam War to Israel’s struggle with Hezbollah in the 1990s.

Ehud Eilam, Ph.D., analyst of Israel’s national security, is a former civilian researcher for the Israeli military. He resides in the United States.

“this book is a masterpiece…it is required reading for all students of international relations and security studies”—Research Institute for European and American Studies; “an expert account”—Perspectives on Terrorism. 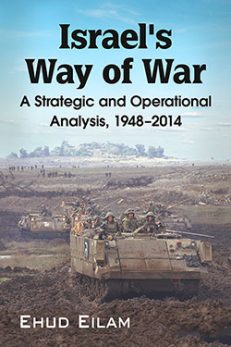