This critical study examines the ways in which the blaxploitation heroines of the early 1970s reshaped the presentation of African American actresses on screen and, to a certain degree, the perception of African American females in general. It discusses the social, political and cultural context in which blaxploitation films emerged. The work focuses on four African American actresses—Pam Grier, Tamara Dobson, Teresa Graves and Jeanne Belle—providing critical and audience response to their films as well as insight into the perspectives of the actresses themselves. The eventual demise of the blaxploitation genre due to formulaic plots and lack of character development is also discussed. Finally, the work addresses the mainstreaming of the action heroine in general and a recent resurgence of interest in black action movies. Relevant film stills and a selected filmography including cast list and plot synopsis are also included.

7. Aliens, Terminators and Outlaws: The Mainstreaming of the Action Heroine      147 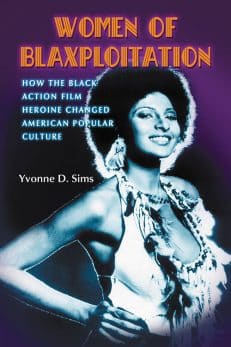 You're viewing: Women of Blaxploitation $29.95
Add to cart