We Were Next to Nothing

On December 1, 1941, the author’s unit was sent to the southern Philippine island of Mindanao to establish an air base. Less than six months later, on May 10, 1942, Sergeant Nordin was captured by the Japanese. For two years he was imprisoned on Mindanao before boarding a Japanese hellship destined for Moji, Japan. He spent the remainder of the war working on the railroad in Yokkaichi. Throughout his time in captivity, the author detailed the conditions and his thoughts on the camps in a secret diary that became the basis of this work. This powerful story recounts the horrors of the prison camps, the torturous journey on the hellship, and the little things that provided him and his fellow prisoners the strength to survive. 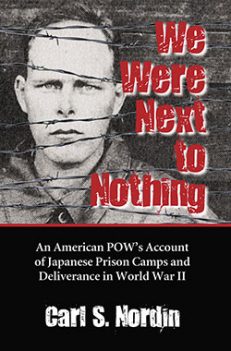