How American Arms and Diplomacy Failed in Southeast Asia

The Vietnam War coincided with, and in many ways caused, an enormous cultural schism in the United States. Now, as then, scholarship is divided over the efficacy of American Cold War strategy, its ability to halt the spread of communism in Southeast Asia and the role the United States should have played in the struggle for a unified, socialist Vietnam. This book represents a new historical take on the Vietnam War. After a lengthy description of the war’s historical backdrop, the book examines the origins of American involvement under the Truman and Eisenhower administrations, Kennedy’s advancement toward direct conflict between the U.S. and guerrilla and regular North Vietnamese forces, and the dramatic troop buildup under Johnson. The final chapters discuss peace negotiations during Nixon’s presidency, the ultimate American failure in Indochina, and the region in the aftermath of war. Throughout, the work argues that the war was necessary and winnable under better circumstances and leadership. 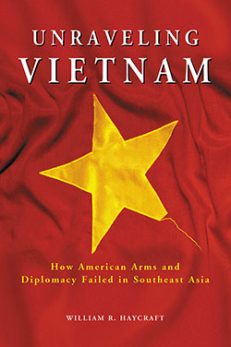