28 Visions of the Hero’s Journey

One of the great intellectual achievements of the 20th century, Joseph Campbell’s The Hero with a Thousand Faces is an elaborate articulation of the monomyth: the narrative pattern underlying countless stories from the most ancient myths and legends to the films and television series of today. The monomyth’s fundamental storyline, in Campbell’s words, sees “the hero venture forth from the world of the common day into a region of supernatural wonder: fabulous forces are there encountered and a decisive victory is won: the hero comes back from this mysterious adventure with the power to bestow boons to his fellow man.” Campbell asserted that the hero is each of us—thus the monomyth’s endurance as a compelling plot structure. 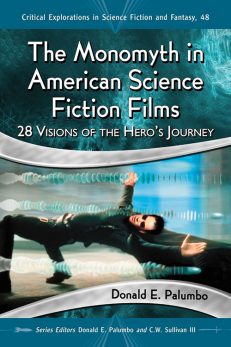 You're viewing: The Monomyth in American Science Fiction Films $29.95
Add to cart