The Pro-Confederate Struggle and Defeat in Southwest Kentucky

The Jackson Purchase is the far western section of Kentucky. In 1861, it was a rich agricultural and iron producing region. It also controlled the mouths of the Ohio, Cumberland, and Tennessee rivers, as well as that middle stretch of the mighty Mississippi where it transitions from a northern to a southern river. The Purchase was the riverine gateway to the Deep South. The obvious military importance of the region caused both the Federal and Confederate governments to pour material resources and military talent into the Purchase in an effort to hold it and defend it against the incursions of their enemies.
The Jackson Purchase was the Civil War training ground of such army officers as U.S. Grant, C.F. Smith, Leonidas Polk, Lloyd Tilghman, and the navy’s own Andrew H. Foote, commander of the Federal “Brown Water Navy.” Four major amphibious battles were fought for control of the area: Columbus-Belmont, Fort Henry, Fort Donelson, and Island Number Ten. This book tells the story of the bloody years 1861 and 1862 and the tense, contested Union occupation that followed in the region known as “The South Carolina of Kentucky.”

Dan Lee has degrees in history from Murray State University and Western Kentucky University. He lives in Hardin County, Kentucky.

2. The Federals and the Confederates Make Their Opening Moves (April–August 1861) 20

8. Grant and Polk After the Battle of Columbus–Belmont (November–December 1861) 80

“a solid part of any Civil War library”—The Journal of Southern History; “there is much here that deserves praise…ably executed and substantial…captivating”—Register of the Kentucky Historical Society. 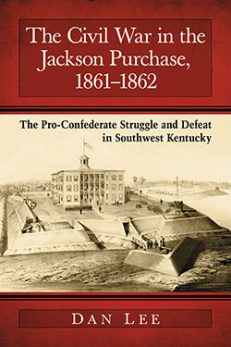