View cart “Tech-Noir” has been added to your cart.

The Fusion of Science Fiction and Film Noir

This critical study traces the common origins of film noir and science fiction films, identifying the many instances in which the two have merged to form a distinctive subgenre known as Tech-Noir. From the German Expressionist cinema of the late 1920s to the present-day cyberpunk movement, the book examines more than 100 films in which the common noir elements of crime, mystery, surrealism, and human perversity intersect with the high technology of science fiction. The author also details the hybrid subgenre’s considerable influences on contemporary music, fashion, and culture.

Paul Meehan is the author of several books on science fiction, film noir and horror films, and a contributor to the Noir City Sentinel, the journal of the Film Noir Foundation. He lives in San Francisco. 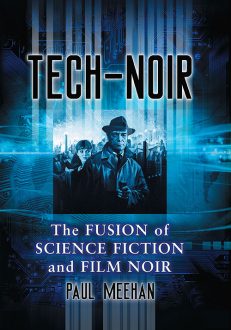