This rereading of the history of American westward expansion examines the destruction of Native American cultures as a successful campaign of “counterinsurgency.” Paramilitary figures such as Daniel Boone and Davy Crockett “opened the West” and frontiersmen infiltrated the enemy, learning Indian tactics and launching “search and destroy” missions. Conventional military force was a key component but the interchange between militia, regular soldiers, volunteers and frontiersmen underscores the complexity of the conflict and the implementing of a “peace policy.” The campaign’s outcome rested as much on the civilian population’s economic imperatives as any military action. The success of this three-century war of attrition was unparalleled but ultimately saw the victors question the morality of their own actions.

Matthew J. Flynn is a professor of war studies at the Command and Staff College, Marine Corps University, Quantico, Virginia. He lives in Woodbridge, Virginia.

1. The Insurgents: First Contacts and the “Indian Way of War” 25

2. Stopping Outside Intervention: European Foes and the “Permanent Indian Frontier” 47

4. Winning Hearts and Minds: Removal and the Promise of “Indian Country” 91

5. Search and Destroy: Rangers, Militia, Volunteers and the “First Way of War” 114

6. Pacification: Soldiers and the Pursuit of “Total War” 136

7. Sustaining the Home Front: Settlement and the Triumph of the “Peace Policy” 157 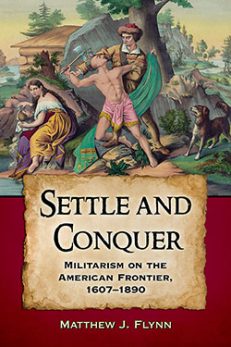