Essays on the Life and Work

For more than fifty years Robert Morgan has brought to life the landscape, history and culture of the Southern Appalachia of his youth. In 30 acclaimed volumes, including poetry, short story collections, novels and nonfiction prose, he has celebrated an often marginalized region. His many honors include four NEA Fellowships, a Guggenheim Fellowship and an award from the American Academy of Arts and Letters, as well as television appearances (The Best American Poetry: New Stories from the South, Prize Stories: The O. Henry Awards). This first book on Morgan collects appreciations and analyses by some of his most dedicated readers, including fellow poets, authors, critics and scholars. An unpublished interview with him is included, along with an essay by him on the importance of sense of place, and a bibliography of publications by and about him.

Robert M. West is a professor of English at Mississippi State University in Starkville, Mississippi. He is the author of three chapbooks of poems, essays, reviews, and interviews related to Robert Morgan.

Jesse Graves is poet in residence and professor of English at East Tennessee State University in Johnson City, Tennessee. The author of four books of poems, and guest editor of a special issue of Southern Quarterly dedicated to Morgan’s work.

III. On the Prose
Mountain Time: History and Forgetting in The Mountains Won’t Remember Us
Paul Lincoln Sawyer 113
Blood Soil Field: The Physicality of The Balm of Gilead Tree
Suzanne Booker-Canfield 127
“The Little Clearing of Now”: Storytellers in The Hinterlands
Rebecca Godwin 144
Faith, Sex, Talk, and Work: The Cornerstones of Community in The Truest Pleasure and This Rock
George Hovis 157
The Work of Love in Gap Creek
Martha Greene Eads 176
Tunes from the “Madrigal of Time” in Brave Enemies
Harriette C. Buchanan 187
Acting in Faith: Robert Morgan’s The Road from Gap Creek
Thomas Alan Holmes 194
Robert Morgan’s Nonfiction Books: Crossing Over the Mountains
Ted Olson 205 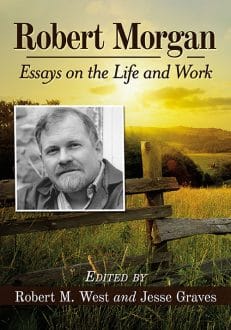