Essays on the Films

Robert Young began his prolific filmmaking career while a student at Harvard University, where he majored in English literature, founded the Harvard Film Society, and, with the help of several colleagues, put together his first film (about a Boston factory worker). His reputation as a documentary filmmaker earned him a prestigious position with NBC, and he has since worked within and without the Hollywood production system for five decades. At age 80, Robert M. Young continues to be actively involved in a variety of projects as a commercially successful filmmaker and an independent artist.
In this compilation of 15 essays, scholars of both English literature and film analyze the aesthetic and thematic elements of Young’s many works. Among the films examined are Nothing But a Man, Triumph of the Spirit, Cortile Cascino, ALAMBRISTA!, Short Eyes, Ballad of Gregorio Cortez, Extremities, Dominick and Eugene, Talent for the Game, Roosters, Caught, and Human Error. The book includes an extensive interview with Young that provides a retrospect of Young’s life as a director, cinematographer, writer and producer. A filmography of Young’s work and a chronology of his life are also provided.

5. From Cell to Celluloid: A Dramaturgical Note on Miguel Piñero’s Short Eyes      87

6. Ballad of Gregorio Cortez: A Traditional Tale for Postmodern Times      112

7. Love, Death and Healing: Some Psychoanalytic Themes in Extremities      133

8. “Don’t Let Anybody Hurt Anybody”: Working-Class Masculinity in Dominick and Eugene      149 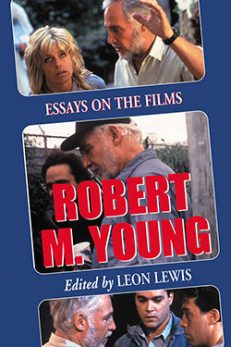