This first-ever study of rape in modern American drama examines portrayals of rape, raped women and rapists in 36 plays written between 1970 and 2007, the period during which the feminist movement made rape a matter of public discourse. These dramas reveal much about sexuality and masculine and feminine identity in the United States. The author traces the impact of second-wave feminism, antifeminist backlash, third-wave feminism and postfeminism on the dramatic depiction of rape. The prevalence of commonly accepted rape myths—that women who dress provocatively invite sexual assault, for example—is well documented, along with equally frequent examples which dispute these myths.

Davida Bloom is an associate professor in the Department of Theatre and Music Studies at the College at Brockport: State University of New York.

One: ­Second-Wave Feminism and

the Commodification of Rape  114 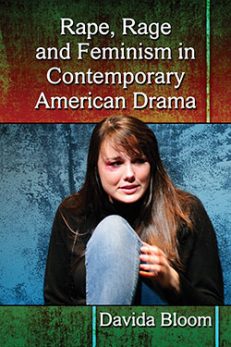 You're viewing: Rape, Rage and Feminism in Contemporary American Drama $39.95
Add to cart