View cart “Practical Moviemaking” has been added to your cart.

A Handbook for the Real World

Every year, hundreds of American film schools graduate thousands of aspiring filmmakers. Very few of them, however, leave school prepared for the challenges that await or are fortunate enough to secure the financial backing of a major studio. This practical guide provides all necessary information for newcomers to the profession to get a movie made, information often left out of film school curricula. Topics include finding a project, breaking down a script, creating a production board, casting, budgeting, scouting locations, scheduling, dealing with actors, establishing set protocol, marketing, and many others. Throughout, real-life examples vividly illustrate the subject at hand. Bridging the gap between learning the craft of moviemaking and exercising that craft in the entertainment world, this manual is essential for all who seek a career in film.
Instructors considering this book for use in a course may request an examination copy here.

Joe Wallensteinoversees and administers all aspects of filming by the more than 700 students making approximately 1500 films each year at the University of Southern California School of Cinematic Arts. He worked on numerous television pilots for Paramount, Universal, NBC, CBS, and ABC, produced the CBS mini-series Dallas: the Early Years and the first four years of the hit television series Knots Landing, and worked as a second assistant director on The Godfather.

Creating the Production Board      59

Appendix B: Additional Strip Creation for the Board      228

“offers information to newcomers to the profession”—Communication Booknotes Quarterly; “the book succeeds at being both educational and entertaining and should be picked up by any film school graduate who finds that she or he is dwelling on the question ‘now what?’ Ultimate value stems from Wallenstein’s years of producing experience…an incredibly optimistic and encouraging book”—Journal of Film and Video; “Wallenstein presents a guide for neophytes to the performance of this highly collaborative craft…discusses moviemaking’s creative, financial, and production aspects”—Reference & Research Book News. 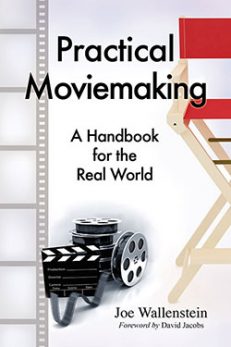