View cart “Pictures of Girlhood” has been added to your cart.

Although the “coming of age” story has been a popular film plot for decades, producers have only recently realized the commercial potential of targeting films to adolescent girls. Movies like Clueless, Legally Blonde and Mean Girls have been successfully marketed to teenage girls, as have several well-known independent films. Important as both cultural indicators and catalysts, these films simultaneously demonstrate pop culture’s influence on girls’ films, and the ability of girls’ films to affect pop culture and perceptions of girlhood.
This critical survey of film and the modern girl concentrates largely on films of the last two decades, addressing key themes for girls within “coming of age” films, the changing (but not always improving) young feminine paradigm, and the ways these films can be powerful determinants of culture. The first chapter explores the ways in which girls’ films construct, reinforce, challenge and dismantle mainstream conceptualizations of sexuality, race and power. The second chapter discusses mainstream limitations of “coming of age” narratives, including recycled plots and stars, treatments of parental and male authority, and adult conceptualizations of adolescence. The third chapter describes girls’ experiences within these narratives through such conventions as attitude, teen fashion, music and dance, unsanctioned rites of passage, and race. The fourth chapter covers the negotiation of sex and sexuality, virginity and sexual empowerment.
Instructors considering this book for use in a course may request an examination copy here.

Sarah Hentges is an associate professor of American studies at the University of Maine at Augusta. She also teaches women’s and gender studies and maintains a blog and website at www.cultureandmovement.com.

1. Race, Class, Gender, Sexuality and Citizenship: A Possessive Investment in the Mainstream      7

3. Oppositional Power and Empowerment: Girls’ Experiences from the Margins      105

“directs attention to the many adolescent experiences that are not represented in mainstream titles…evokes meaningful questions about female empowerment in the cinema…an extensive examination of ‘coming of age’ films portraying teenage girls”—Film and History. 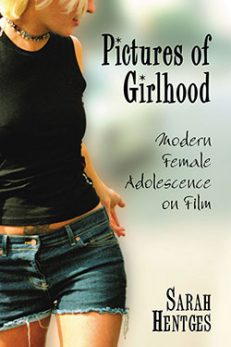 You're viewing: Pictures of Girlhood $29.95
Add to cart