This biography, though it covers his early life and adulthood, focusses most prominently on Malcolm X’s final years, which were largely dominated by his departure from the Nation of Islam and his conflict with Elijah Muhammad. Throughout, the author addresses a number of lingering issues, including the role of fellow prisoner John Elton Bembry in Malcolm’s prison conversion; whether Malcolm decided to leave the Nation of Islam before he was suspended by Elijah Muhammad; whether he was seeking martyrdom; and the extent of the role that government agencies played in Malcolm X’s assassination in 1965.

Dennis D. Wainstock teaches American history at Fairmont State University (West Virginia) and Parkersburg Community College (West Virginia). He is also the author of books about the 1968 presidential campaign, the atomic bomb, and the Korean War. He lives in Salem, West Virginia. 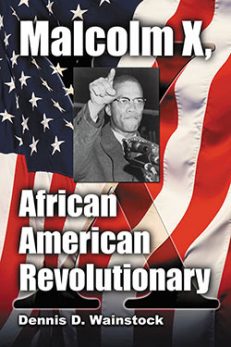