Diary of a Double Agent in World War II Europe

During World War II Nathalie “Lily” Sergueiew, a woman of mystery, confidently seduced the German Intelligence Service into employing her as a spy against their British enemy. Little did they know that this striking woman—who turned heads when she walked into a room with her little dog Babs—would work with their enemy against them. Her diary chronicles her months-long journey to becoming a double agent for the British under the code name Treasure. From the moment she conceived the idea of becoming a double agent, Lily faced challenges on two fronts: first, she had to convince the Germans to ask her to spy for them; second, she needed the British to believe her story. Only then could she begin the perilous work of helping free her homeland—France—from the German occupier.

Mary Kathryn Barbier is an associate professor of history at Mississippi State University in Starkville, Mississippi. 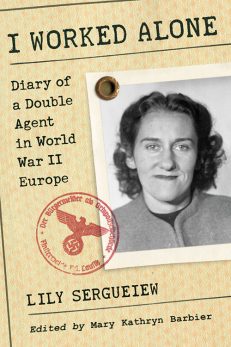