View cart “Eddie Foy” has been added to your cart.

A Biography of the Early Popular Stage Comedian

Just a century ago Eddie Foy was the consummate stage comedian. A versatile performer, Foy contributed to the development of popular theater from the Civil War to the Roaring Twenties, from poverty-inspired Irish two-acts to lavish musical comedies.
This first-ever biography of Foy tells the story of his indigent childhood in New York’s Bowery and in Chicago, his tough uphill climb as a “variety artist” at Western outposts, his success in vaudeville and Broadway, and his arrival as a national icon with the Seven Little Foys. Foy’s career mirrored the growth of popular theater entertainment in America. Exhaustively researched, this work contains many rare personal photographs from the Foy family archives.

The late Armond Fields was a social historian specializing in American popular theater. The author of numerous books about vaudeville and other early theater figures, he lived in Culver City, California. 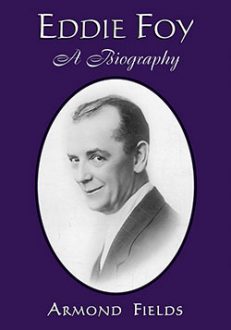