View cart “Culture Meets Culture in the Movies” has been added to your cart.

Culture Meets Culture in the Movies

An Analysis East, West, North and South, with Filmographies

This is an examination of the interactions between people of different cultures as portrayed in relatively modern, commonly available American and European films. The cinema is a desirable medium through which to show cultural differences because it vividly portrays settings, actions and emotions, all of which greatly influence viewers’ perceptions.
Films showing relations of the United States, north and south; Japan, China, India, Asia, and Africa meeting the West; the clash between American Indians and white settlers; various other intercultural contrasts, multicultural voices in film, and the connection between popular film and intercultural studies—all are examined in this work. Each chapter concludes with a filmography. 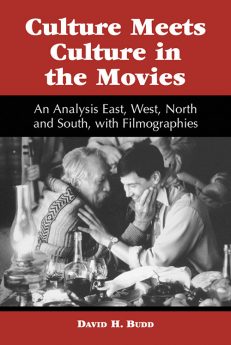 You're viewing: Culture Meets Culture in the Movies $39.95
Add to cart