Crime Fiction and National Identities in the Global Age

To read a crime novel today largely simulates the exercise of reading newspapers or watching the news. The speed and frequency with which today’s bestselling works of crime fiction are produced allow them to mirror and dissect nearly contemporaneous socio-political events and conflicts. This collection examines this phenomenon and offers original, critical, essays on how national identity appears in international crime fiction in the age of populism and globalization. These essays address topics such as the array of competing nationalisms in Europe; Indian secularism versus Hindu communalism; the populist rhetoric tinged with misogyny or homophobia in the United States; racial, religious or ethnic others who are sidelined in political appeals to dominant native voices; and the increasing economic chasm between a rich and poor. More broadly, these essays inquire into themes such as how national identity and various conceptions of masculinity are woven together, how dominant native cultures interact with migrant and colonized cultures to explore insider/outsider paradigms and identity politics, and how generic and cultural boundaries are repeatedly crossed in postcolonial detective fiction.

Julie H. Kim is a professor of English at Northeastern Illinois University in Chicago. She teaches and publishes in early modern British and contemporary British and American literatures. 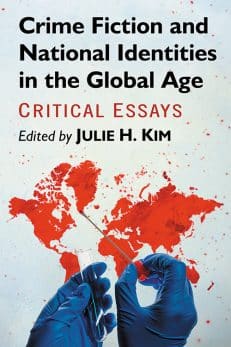 You're viewing: Crime Fiction and National Identities in the Global Age $55.00
Add to cart