View cart “Bombs, Bullets and Bread” has been added to your cart.

The Politics of Anarchist Terrorism Worldwide, 1866–1926

During the late 19th and early 20th centuries, a wave of political violence swept across the globe, causing widespread alarm. Described by the media of the day as “propaganda of the deed,” assassinations, bombings and assaults carried out by anarchists—both individuals and conspirators—were intended to incite revolution and established the precedents of modern terrorism. Much has been written about these actions and the responses to them yet little attention has been given to the actors themselves. Drawing on wide range of sources, the author profiles numerous insurgents, their deeds and their motives.

Michael Kemp is the managing director of a computer security company. He lives in Birmingham, United Kingdom. 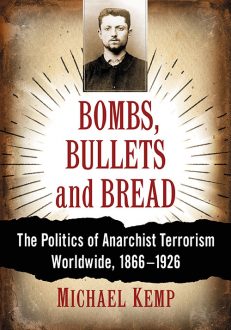