Florence Maybrick was the first American woman to be sentenced to death in England—for murdering her husband, a crime she almost certainly did not commit. Her 1889 trial was presided over by an openly misogynist judge who was later declared incompetent and died in an asylum. Hours before Maybrick was to be hanged, Queen Victoria reluctantly commuted her sentence to life in prison—in her opinion a woman who would commit adultery, as Maybrick had admitted, would also kill her husband. Her children were taken from her; she never saw them again. Her mother worked for years to clear her name, enlisting the president of the United States and successive ambassadors, including Robert Todd Lincoln. Decades later, a gruesome diary was discovered that made Maybrick’s husband a prime Jack the Ripper suspect.

Richard Jay Hutto served as White House Appointments Secretary to the Jimmy Carter family and was chairman of the Georgia Council for the Arts. He is an internationally recognized speaker and historical consultant often appearing in televised adaptations of his work. He lives in Macon, Georgia, and can be reached at www.poisonedlife.com.

One. A Marriage of Northern Money and Southern Aristocracy 5

Two. An Officer and a Gentleman 17

Four. A Baroness’s Coronet and an ­Ill-Fated Marriage 50

Nine. Building a Case or Stacking the Deck? 100

Eleven. Saved from the Gallows 121

Thirteen. Released at What Cost? 141 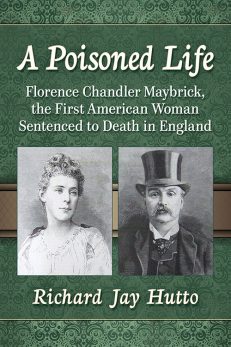