For many, the Westerns of 1930 to 1955 were a defining part of American culture. Those Westerns were one of the vehicles by which viewers learned the values and norms of a wide range of social relationships and behavior. By 1955, however, Westerns began to include more controversial themes: cowardly citizens, emotionally deranged characters, graphic violence, marital infidelity, racial prejudice, and rape, among other issues. This work examines the manner in which Westerns reflected the substantial social, economic and political changes that shaped American culture in the latter half of the twentieth century.
Part One of this work considers shifting themes as the genre reacted to changes unfolding in the broader social landscape of American culture. Part Two examines the manner in which images of cowboys, outlaws, lawmen, American Indians and women changed in Westerns as the viewers were offered new understanding of the frontier experience.

R. Philip Loy teaches at Taylor University and is associate dean for the Social Science Division. He is also the author of Westerns and American Culture, 1930–1955 (2001). He lives in Upland, Indiana. 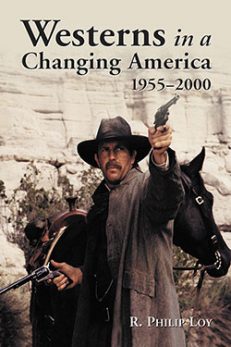