Or, Once Upon a Time in Transylvania

Douglas Brode is a novelist, screenwriter, playwright, film historian, and award winning journalist. He teaches courses on various popular culture subjects at the Newhouse School of Public Communications, Department of Radio, TV and Film, at Syracuse University. The author of more than 35 books on the visual and performing arts, he regularly appears on national radio and TV shows as a special guest.

Joe Orsak is a graphic artist from Syracuse, New York. He traveled the world as a youth, graduating from high school in Rome. He returned to the States for a degree from Syracuse University in 1974. While working in advertising he developed newspaper strips, comic books and graphic novels. 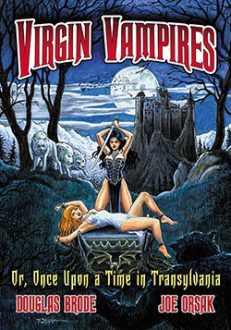