Best known for his muckraking exposé of the squalor and brutality that pervaded the livestock industry in his book The Jungle, Upton Sinclair’s political activism was not limited to issues of workers’ rights or workplace safety. These nine short works, never before published, reveal an author who also wrestled with questions concerning women’s independence and the state of the health care industry in America. Always controversial, Sinclair ranges here from the comic to the deadly serious, while investigating issues that include artificial insemination and dietary measures. A substantial biographical introduction gives new insights into Sinclair’s concerns. 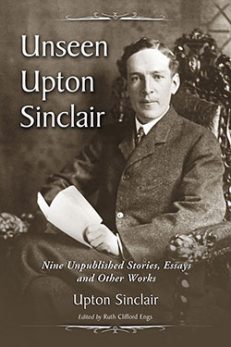