Timothy Matlack, Scribe of the Declaration of Independence

On July 4, 1776, the Declaration of Independence was read aloud to a crowd gathered outside the Pennsylvania State House. It was engrossed on vellum later in the month, and delegates began signing the finely penned document in early August. The man who read the Declaration and later embossed it—the man with perhaps the most famous penmanship in American history—was Timothy Matlack, a Philadelphia beer bottler who strongly believed in the American cause. A disowned Quaker and the grandson of an indentured servant, he rose from obscurity to become a delegate to Congress. He led a militia battalion at Princeton during the Revolutionary War; his unflagging dedication earned him the admiration of men like Thomas Jefferson and Richard Henry Lee. Also in 1776 Matlack and his radical allies drafted the Pennsylvania Constitution, which has been described as the most democratic in America. This biography is a full account of an American patriot. 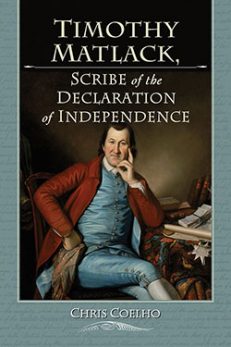 You're viewing: Timothy Matlack, Scribe of the Declaration of Independence $35.00
Add to cart