The United States and the Armed Forces of Mexico, Central America and the Caribbean, 2000–2014

Tracing the U.S. government’s efforts to shape the armed forces of Mexico, Central America and the Caribbean from 2000 to 2014, this narrative concentrates on the Army but also discusses Air Force and naval forces, including the Marines and the Coast Guard. Police forces in those regions are also covered.
Mexico’s ongoing struggle with drug cartels is discussed extensively. Venezuela and Cuba receive considerable attention. This study is the first to examine in detail the armed forces of countries such as the Dominican Republic and Jamaica. Sections on Haiti and Panama, countries supposedly without armies, reveal the decisive role the U.S. has played in determining their military policies.
The text weaves the histories of these armed forces into the broader context of the politics, economics and international relations in the region. A clear and brief introduction to the relations of Mexico, Central America and the Caribbean with the United States is provided.

René De La Pedraja, PhD, University of Chicago, has researched and written numerous publications. He is a professor of history at Canisius College in Buffalo, New York.

The Break with the U.S. Government 5

The Attempt to Topple Hugo Chávez 12

The Coup Within the Coup 17

2. The Expansion of the Armed Forces of Venezuela

The Venezuelan Military Until December 2006 26

The Military and the Presidential Election of 3 December 2006 34

3. Unconditional Allies of the United States

Rebuilding the Army of El Salvador 43

Improving the Armed Forces of Colombia 49

The Role of the Armed Forces in Mexico 55

5. The Militarization of Colombia and Venezuela

6. Shaping the Arsenals of the Armed Forces 93

Scandals in the Colombian Army 114

8. Central America Turns to the Left

Nicaragua: The Return of the Sandinistas 127

Guatemala: The First Leftist President of the ­Twenty-First Century 130

El Salvador: The FMLN in Office 135

The Presidency of José Manuel Zelaya 144

The Start of the Vicente Calderón Presidency 165

The Battle for Monterrey 184

The Hunt for El Chapo Guzmán 189

The Challenge of Michoacán 198

Panama: The Struggle to Demilitarize 211

13. An Inconvenient Ally: The Armed Forces of the

The Military of the Dominican Republic 227

The U.S. Vision for Cuba and the Caribbean 251 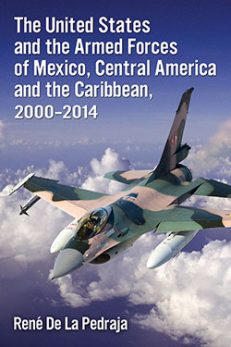