This book evaluates the development of the Rhodesian Air Force during the Second Chimurenga or Bush War (1966–1980). Airpower in irregular conflict is effective at the tactical level because guerrilla warfare is not a purely military conflict. The Rhodesian Air Force was deployed in a war-winning versus a supporting role as a result of the shortage of manpower to deal with insurgency, and almost all units of the Rhodesian Security Forces depended on its tactical effectiveness.
Technical challenges faced by the Air Force, combined with the rate of guerrilla infiltration and the misuse of airpower to bomb guerrilla bases in neighboring countries largely negated the success of airpower.

Darlington Mutanda was a lecturer of war and strategic studies in the History Department at the University of Zimbabwe from 2011 to 2014 and from 2016 to 2017. He is pursuing a doctoral degree in the Politics and International Relations Department at the University of Johannesburg. His research interests include strategic studies and peace and conflict studies.

1 Background to the Liberation War in Zimbabwe 13

3 The Establishment of the Rhodesian Air Force 47

8 Challenging “Air Supremacy” from Outside: Analyzing the Feasibility of ZPRA’s Conventional Plan 143

9 The Effects of Civilian Bombing on Guerrilla Strategy 158

10 The Significance of Air Power in Guerrilla Warfare: An Analysis 170 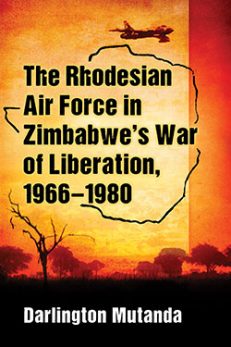