The Politics of Authenticity in Presidential Campaigns, 1976–2008

“Authenticity,” the dominant cultural value of the baby boom generation, became central to presidential campaigns in the late 20th century. Beginning in 1976, Americans elected six presidents whose campaigns represented evolving standards of authenticity. Interacting with the media and their publics, these successful presidential candidates structured their campaigns around projecting “authentic” images and connecting with voters as “one of us.” In the process, they rewrote the political playbook, redefined “presidentiality,” and changed the terms of the national political discourse. This book is predicated on the assumption that it is worth knowing why. 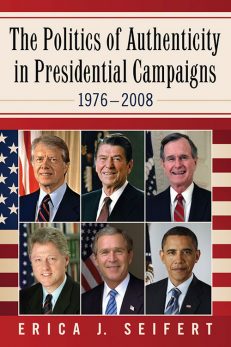