The Politics and Plays of Bernard Shaw

Do politics and the playhouse go together? For Bernard Shaw they most certainly did. As a playwright with a message he saw the theatre as the ideal medium for conveying his view of life, which was essentially socialistic. The theatre was to Shaw a latter-day temple of the arts within a community.
But Shaw was, of course, multi-voiced, not only through the characters he created but also in his own persona as public speaker, essayist, tract writer and author of works on political economy. Much of the thinking that is expressed in his non-dramatic works is contained also in his plays.
This work offers a readily accessible means of looking at the nature and the progression of Shaw’s thinking. All the plays included in the major canon are reviewed and, except for brief plays and playlets (which are grouped), they are presented in sequential order.

The late Judith Evans, retired from the Education Department of the Warwick County Council, and lived in Warwickshire, United Kingdom. 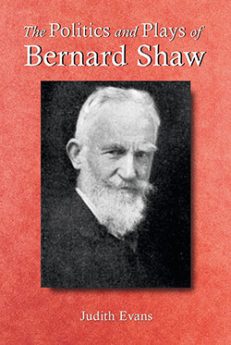 You're viewing: The Politics and Plays of Bernard Shaw $39.95
Add to cart