The Pittsburgh Crawfords were one of the Negro League’s best and most exciting teams. At the heart of the line-up were five men who would go on to be inducted into the Baseball Hall of Fame: Satchel Paige, one of the greatest pitchers in baseball history; Josh Gibson, a hitting catcher who rivaled Babe Ruth; Cool Papa Bell, one of the game’s fastest runners; Oscar Charleston, perhaps one of the all-around best players; and Judy Johnson, a skilled third baseman. This work takes a close look at the lives and careers of these men and others who played for the Crawfords, all of whom together built one of the greatest teams ever to play the game. Also included are comparisons between the Crawfords and the 1927 “Murderer’s Row” New York Yankees, the Negro National League standings (1933–1938), and statistics about the players and team records.

“stolidly traces the rise and fall of the squad that many consider to have been the finest outside of the major[s]”—Choice; “detailed…. Firsthand stories from interviews with Johnson, Paige, Bell, Buck Leonard and Effa Manley enhance the history”—Sports Collectors Digest. 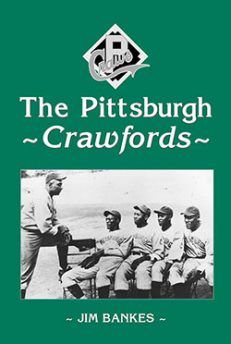 You're viewing: The Pittsburgh Crawfords $25.00
Add to cart