Richard Dale served as an enlisted man with the U.S. Army 3rd Infantry Division in the late fifties, and later earned his Ph.D. in Political Science at Princeton. He has taught at three universities and the Army’s School of International Studies, and has published a number of books and article on politics in Southern Africa. He lives in Fountain Hills, Arizona.

Part I: The Diplomatic Campaigns

Chapter One: The Diplomacy of Resistance  25

Chapter Five: The War for the Colonial Spoils  73

Part IV: The Residue of the Campaigns

Chapter Seven: The Art of Bending  111

Appendix: The United Nations and Namibia  133 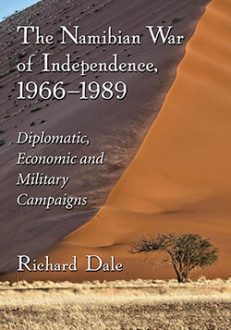