As monsters in popular media have evolved and grown more complex, so have those who take on the job of stalking and staking them. This book examines the evolution of the contemporary monster hunter from Bram Stoker’s Abraham Van Helsing to today’s non-traditional monster hunters such as Blade, Buffy the Vampire Slayer, and Watchmen. Critically surveying a diverse range of books, films, television shows, and graphic novels, this study reveals how the monster hunter began as a white, upper-class, educated male and became everything from a vampire to a teenage girl with supernatural powers. Now often resembling the monsters they’ve vowed to conquer, modern characters occupy a gray area where the battle is often with their own inner natures as much as with the “evil” they fight.

Heather L. Duda is the Dean, College of Arts & Sciences at the University of Rio Grande in Rio Grande, Ohio. She lives in Louisville, Ohio. 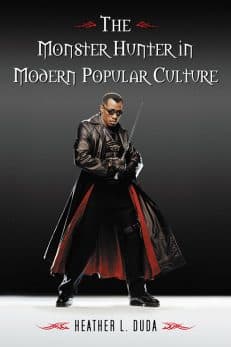 You're viewing: The Monster Hunter in Modern Popular Culture $29.95
Add to cart