Reflections of Fear and Desire in a Cinematic Mirror

This book is an attempt at defining the genre of medieval film by describing its features and analyzing its effects and their significance, there being few works presently available that work toward such definition. There are three parts: the introduction enters the medieval film world, describing its typical features and showing how they create a convincing sense of its time; three short chapters discuss authenticity, simplicity and spectacle—the roots of film medievalism; and six longer chapters comment on individual films. Works are discussed that extend the reach of the genre, such as Dreyer’s La Passion de Jeanne d’Arc with its emotional range, or Bergman’s Seventh Seal, which creates a universal symbolism. The author describes what goes into a medieval film and how it affects its audience, while offering suggestions about why its themes are meaningful to us.

William F. Woods is the M.V. Hughes Professor of English at Wichita State University in Wichita, Kansas. He lives in Wichita.

Preface 1
Introduction—Our Lady of Pain: The Subgenre of Medieval Film 3 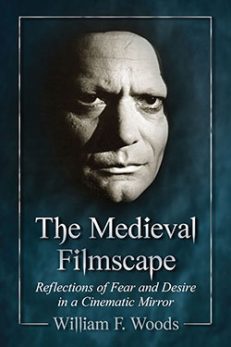 You're viewing: The Medieval Filmscape $29.95
Add to cart