The Meaning and Culture of Grand Theft Auto

The immensely popular Grand Theft Auto game series has inspired a range of reactions among players and commentators, and a hot debate in the popular media. These essays from diverse theoretical perspectives expand the discussion by focusing scholarly analysis on the games, particularly Grand Theft Auto III (GTA3), Grand Theft Auto: Vice City (GTA:VC), and Grand Theft Auto: San Andreas (GTA:SA).
Part One of the book discusses the fears, lawsuits, legislative proposals, and other public reactions to Grand Theft Auto, detailing the conflict between the developers of adult oriented games and various new forms of censorship. Depictions of race and violence, the pleasure of the carnivalistic gameplay, and the significance of sociopolitical satire in the series are all important elements in this controversy. It is argued that the general perception of digital changed fundamentally following the release of Grand Theft Auto III. The second section of the book approaches the games as they might be studied absent of the controversy. These essays study why and how players meaningfully play Grand Theft Auto games, reflecting on the elements of daily life that are represented in the games. They discuss the connection between game space and real space and the many ways that players mediate the symbols in a game with their minds, computers, and controllers. 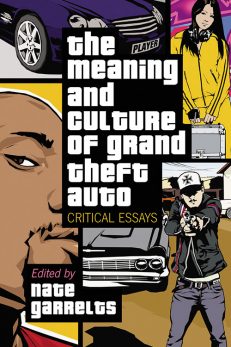 You're viewing: The Meaning and Culture of Grand Theft Auto $19.99
Add to cart