The Lone Ranger on Radio, Film and Television

The Lone Ranger has endured as an iconic figure in American popular culture, from his 1933 premier as a radio serial hero through a highly-rated television series (1949–1957) to a 2013 feature film. Created by script writer Fran Striker and radio station owner George W. Trendle, the character was meant to embody courage, fair play and honesty, and writers had to adhere to specific guidelines: “he never smokes … he uses precise speech … he never shoots to kill.” The popularity of the Ranger and his companion Tonto inspired later crime fighting duos like Batman and Robin, and The Green Hornet and Kato. This book examines the franchise in detail, with summaries and production details of the original radio episodes. 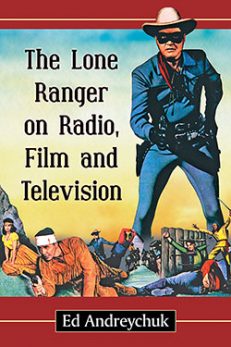 You're viewing: The Lone Ranger on Radio, Film and Television $29.95
Add to cart