In the 1880s, Clan-na-Gael, an extremist Irish-American organization that succeeded the Fenian Brotherhood, initiated a dynamite campaign against Britain in a bid to bring about Irish independence. Throughout England, explosions rocked government, military and police targets, including the Tower of London, London Bridge and the Houses of Parliament. This detailed study chronicles the origins, operations and aftereffects of the campaign, especially its heavy infiltration by spies, informers and agents of a rogue British Secret Service. By exploring the overlooked areas of the operation’s history, this volume reveals how, in a bid to discredit the Irish National Party in Parliament, those most entrusted with Britain`s security were themselves complicit in the bombings. 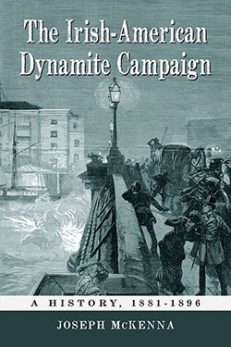 You're viewing: The Irish-American Dynamite Campaign $49.95
Add to cart