The Ethnography of Charles Darwin

A Study of His Writings on Aboriginal Peoples

Because of his stature as one of the great minds of the nineteenth century, Darwin and his work have been examined from almost every conceivable angle. This has led to much critical disagreement on his thoughts regarding the dignity of man, particularly of aboriginal peoples. This book attempts to reconcile the prevailing dual visions of Darwin—as racist and as humanitarian. By consolidating Darwin’s fragmentary ethnographic writings, the text charts his switch from early resignation regarding the victimization of native tribes to advocacy for their plight. While recognizing the differences between modern Europeans and primitive communities, Darwin developed a firm belief in the dignity of man and ultimately viewed the exploitation of aboriginal peoples as morally indefensible.

Charles De Paolo, the author of numerous books, is a professor of English at Manhattan Community College, the City University of New York. He lives in Aberdeen, New Jersey. 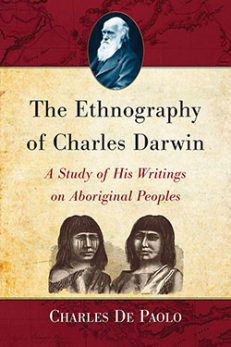 You're viewing: The Ethnography of Charles Darwin $45.00
Add to cart