The Elements of Parapsychology

Psychic phenomena, recorded throughout human history, remained a mystery or a matter of faith rather than a subject of serious study until scientists began to investigate them roughly a century and a half ago. Systematic experimentation began with the work of J.B. Rhine at Duke University, resulting in the publication of Extra-Sensory Perception (1934) followed by Extra-Sensory Perception After Sixty Years (1940). Rhine and researchers who came after him struggled to present sufficient evidence to gain scientific credibility for the existence of extrasensory abilities. Yet despite tight experimental controls and numerous significant results the subject remains controversial. Parapsychologists argue that the impasse is not due to a lack of evidence but to the challenge their claims pose to the worldview of science in general. This comprehensive overview of the discipline of parapsychology, written by one of its most notable investigators, offers the reader a full understanding of both its concepts, theories and methods, and its controversies, problems and prospects.

Professor K. Ramakrishna Rao is a philosopher and psychologist with expertise in Indian psychology, consciousness studies and parapsychological research. He has published nearly 200 research papers and 15 books, and has served as the executive director of the Foundation for Research on the Nature of Man; as founder, head and professor of the Department of Psychology and Parapsychology, and vice-chancellor, Andhra University; and currently as president of the Asian Congress of Philosophy. 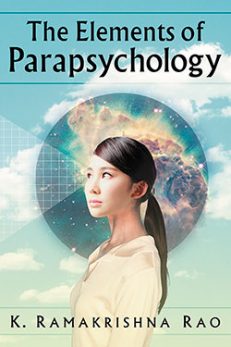 You're viewing: The Elements of Parapsychology $39.95
Add to cart