With the arrival of Europeans in North America, the Cherokee were profoundly affected. This book thoroughly discusses their history during the Colonial and Revolutionary War eras. Starting with the French and Indian War, the Cherokee were allied with the British, relying on them for goods like poorly made muskets. The alliance proved unequal, with the British refusing aid—even as settlers made incursions into Cherokee lands—while requiring them to fight on the British side against the French and rebellious Americans. At the same time, the Cherokee were moving away from their traditions, and leadership disagreements caused their nation to become fragmented. All of this resulted in the loss of Cherokee ancestral lands. 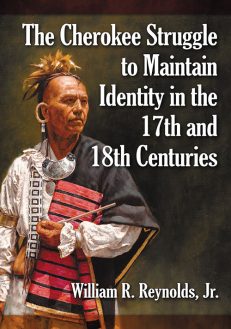 You're viewing: The Cherokee Struggle to Maintain Identity in the 17th and 18th Centuries $49.95
Add to cart