The Ages of Iron Man

Essays on the Armored Avenger in Changing Times

Billionaire industrialist, cold warrior, weapons designer, alcoholic, philanthropist, Avenger—Tony Stark, alter-ego of Marvel Comics’ Iron Man, has played many roles in his five decades as a superhero. From his 1963 comics debut in Tales of Suspense to the recent film adaptations—The Avengers (2012), Iron Man 3 (2013)—hundreds of creators have had a hand in writing the character with evolving depictions and distinct artistic styles. This collection of essays provides an historical overview of an important figure in American popular culture and a close reading of Iron Man’s most iconic story lines, including his origin in Vietnam, “Demon in a Bottle,” “Civil War,” and “Extremis.” 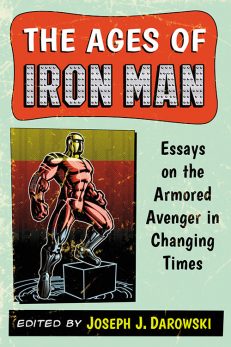