The Manufacturing of American Adolescent Culture

This political analysis of teen culture examines the historical and ideological development of American youth society, the economic and ideological relationship between television and popular music, and the ideological rivalry between Nickelodeon and Disney.
More than mere entertainment, teen sitcoms and pop music portray a complex and often contradictory set of cultural discourses. They engage in a process of ideology marketing and “hip versus square” politics. Case studies include Saved by the Bell, Britney Spears, the movie School of Rock, early “pop music sitcoms” like The Monkees and The Partridge Family, and recent staples of teen culture such as iCarly and Hannah Montana.
What is occurring in teen culture has a crucial bearing as today’s teens age into adulthood and become the dominant generation in the impending decades.

Independent scholar Doyle Greene is the author of several books and serves on the editorial board of Film Criticism. He lives in Minneapolis, Minnesota.

Part One: Don’t Trust Anyone Over Thirty

Part Two: The Society of the Teen Sitcom

8. The Birth of the Pop Music Sitcom: The Monkees, the Archies, and the Partridge Family      101

11. Keeping It Real and Imaginary: The Ideological Contradictions of Hannah Montana      146


Conclusion: The Youth of Today Are the Leaders of Tomorrow      173 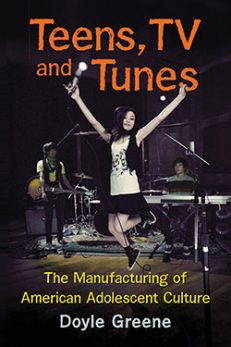