Hollywood and the Youth Market in the Digital Age

Largely neglected by Hollywood in the early 1990s, the youth market began receiving increased attention from American media industries by the end of the twentieth century. This book focuses on the resurgence of the teen/youth market. It highlights Hollywood’s attempts to exploit the millennial teen market across a range of media platforms and examines the impact of social, institutional, and technological changes (emergence of a teen demographic, increased media conglomeration, and the rise of digital technologies) on the aesthetics of contemporary teen-oriented entertainment texts.

Valerie Wee is an assistant professor in the Department of English Language and Literature at the National University of Singapore. Her work has appeared in Journal of Popular Film and Television, Journal of Film and Video, and Feminist Media Studies. 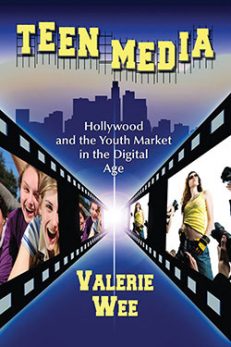