Essays on the Three Stooges

In the world of slapstick comedy, few are more beloved than the Three Stooges. Throughout their 190 short films, they consistently delivered physical, verbal and situational comedy in new and creative ways. Following the trio from outer space to ancient Rome, this volume provides an in-depth look at their comedy and its impact on twentieth century art, culture and thought. This analysis reveals new insights into the language, literary structure, politics, race, gender, ethnicity and even psychology of the classic shorts. It discusses the elements of surrealism within the Stooges films, exploring the many ways in which they created their own reality regardless of time and space. The portrayal of women and minorities and the role of the mistake in Stooges’ works are also addressed. Moreover, the book examines the impact that the Columbia Studios style and the austerity of its Short Subjects Department had on the work of the Three Stooges, films that ironically have outlasted more costly and celebrated productions. 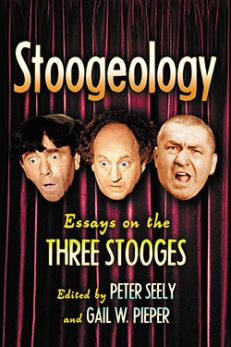