Over the course of several decades, scientific fact has overtaken science-fiction as humankind’s understanding of the universe has expanded. Mirroring this development, the cinematic depictions of space exploration over the last century have evolved from whimsical sci-fi fantasies to more fact-based portrayals. This book chronologically examines 75 films that depict voyages into outer space and offers the historical, cultural, and scientific context of each. These films range from Georges Méliès’ fantastical A Trip to the Moon to speculative science fiction works such as 2001: A Space Odyssey, Solaris, and Contact, and fact-based accounts of actual space missions as depicted in The Right Stuff, Apollo 13, Salyut 7 and First Man. Each film is analyzed not only in terms of its direction, screenplay, and other cinematic aspects but also its scientific and historical accuracy. The works of acclaimed directors, including Fritz Lang, George Pal, Stanley Kubrick, Andrei Tarkovsky, Robert Wise, Ron Howard, Robert Zemeckis, Ridley Scott, and Christopher Nolan, are accorded special attention for their memorable contributions to this vital and evolving subgenre of science fiction film.

Paul Meehan is the author of several books on science fiction, film noir and horror films, and a contributor to the Noir City Sentinel, the journal of the Film Noir Foundation. He lives in San Francisco. 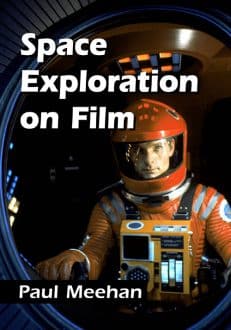 You're viewing: Space Exploration on Film $45.00
Add to cart