Skiing in movies, like the sport itself, grew more prevalent beginning in the 1930s, when it was a pastime of the elite, with depictions reflecting changes in technique, fashion and social climate. World War II saw skiing featured in a dozen films dealing with that conflict. Fueled by postwar prosperity, the sport exploded in the 1950s—filmmakers followed suit, using scenes on snow-covered slopes for panoramic beauty and the thrill of the chase. Through the free-spirited 1960s and 1970s, the downhill lifestyle shussed into everything from spy thrillers to beach party romps. The extreme sports era of the 1980s and 1990s brought snowboarding to the big screen. This first ever critical history of skiing in film chronicles a century of alpine cinema, with production information and stories and quotes from directors, actors and stuntmen.

Bryan Senn’s work has appeared in Filmfax, Cult Movies, Shivers, Midnight Marquee Press and Monsters from the Vault. He lives in Montana. 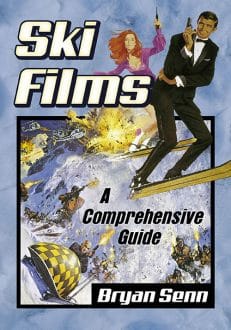