The Life and Times of Joe Jackson

“Shoeless” Joe Jackson was one of baseball’s greatest hitters and most colorful players. Born Joseph Jefferson Wofford Jackson on July 16, 1888, in Pickens County, South Carolina, Jackson went to work in a textile mill when he was around six years old, and got his start in baseball playing for the Brandon Mill team at the age of 13 earning $2.50 a game. He emerged as the star of the team and a favorite of fans with his hitting and throwing abilities, and moved up to play in the Carolina Association, where he received his nickname “Shoeless” because the blisters on his feet forced him to play in his stockings. He then made his move to the major leagues, signing on with the Philadelphia Athletics and rising to fame. This work chronicles Jackson’s life from his poor beginnings to his involvement in the scandal surrounding the 1919 World Series to his life after baseball and his death December 5, 1951, with most of the work focusing on his baseball career. 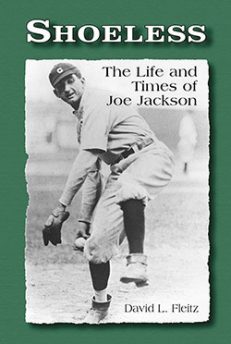