The Urge That Drove Americans Westward

Many factors—political, economic, sociological—contributed to the United States’ westward expansion across the continent. But the role that sex played has largely been unexplored by scholars. This is the first book-length study to examine such topics as Thomas Jefferson’s interest in the sex lives of American Indians, white’s fear of Indians raping white women, Christian missionary beliefs that Native American sexual practices needed to be altered in order to save Indian souls, and the desire of Mormons to practice polygamy. These and other sex-related dynamics all combined to play a role in America’s extension from the Atlantic to the Pacific.

Martin Naparsteck has published two novels, a collection of short stories, and a book of writing advice. He writes fulltime and lives in Irondequoit, New York. 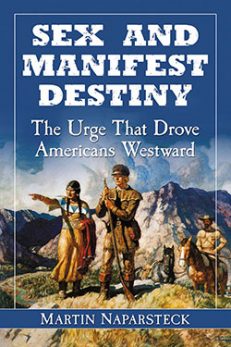 You're viewing: Sex and Manifest Destiny $29.95
Add to cart